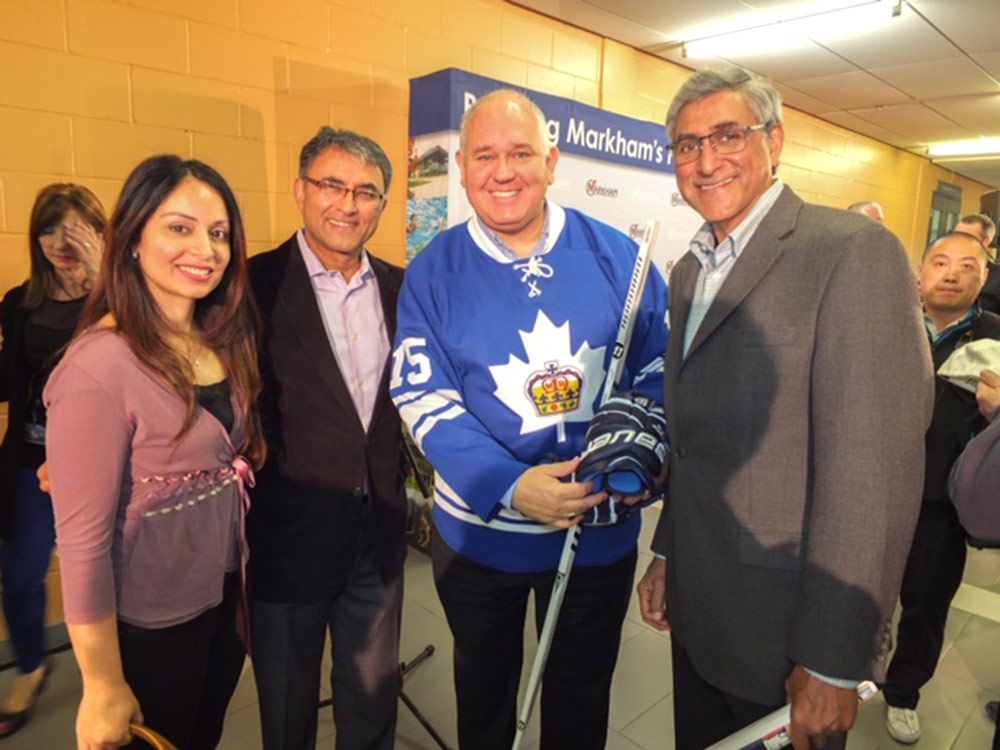 The Hamilton Red Wings hockey team is moving to Markham and will be renamed The Markham Royals it was announced by the Ontario Junior Hockey League in partnership with the City of Markham. JM Hospitality attended the announcement gathering hosted by Markham’s Mayor Frank Scarpitti at the Markham Centennial

Centre which is now the team’s home arena.