Luncheon on Wednesday with Mayor Frank Scarpitti. The Mayor addressed the crowd of over 500 and celebrated the new slogan for the city “Viva Markham!”. The Mayor had much good news to share including the official announcement of York University’s expansion into Markham with a new campus development, and the launch of the Ford’s Supercar in 2017 being manufactured right in Markham. Curt Harnett, former Olympian and Canada’s chef de mission for the Pan Am / Parapan games was also welcomed to the stage to promote the upcoming games, and show support for Canadian’s athletes, as well as president and CEO of TD Bank

Tim Hockey, discussing the long standing partnership of TD in Markham. The luncheon ended off with the Mayor and his fellow city councillors joining in a colourful Pan-Am themed conga line. 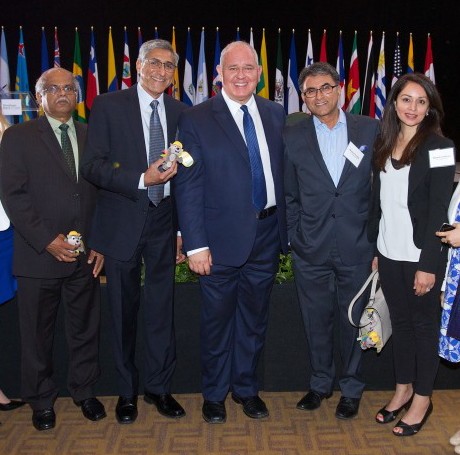